Districts and Areas of Grand Turk

Grand Turk is the largest island in the Turks Islands archipelago, and the second most-populated island in the Turks and Caicos. The island is also home to the country’s capital city of Cockburn Town, and consequently many administrative institutions such as the Supreme Court.

Grand Turk’s total land mass is only about 7 square miles (18 sq km). As is largely the case with all of the islands in our archipelago that are directly exposed to the eastern trade winds, the east side of Grand Turk consists of semi-lithified limestone dune elevations, and the majority of vegetation is low-height and drought-tolerant scrub brush.

Due to the now abandoned sea salt industry, Grand Turk’s ecology has heavily changed over the centuries since European settlement. As is the case on many of our larger islands, marine ponds are a common sight on Grand Turk, and early settlers developed these bodies of water into salinas, complete with water inlets, dividing walls and pumps. The salina systems made for the efficient evaporation of sea water and the production of salt, which was a valuable commodity at the time. As may be expected, the development resulted in a drastically-changed eco system, and the loss of extensive mangrove networks.

Mixed development is found over much of the west side of Grand Turk. The high ground on the east coast tends to largely consist of low density residential and vacation rental villas.

The island's airport is located in the approximate centre of the island, and the cruise ship terminal is found on the south-western end of the island.

Of all of the islands in the Turks and Caicos, Grand Turk has the closet approximation of a “town”. In Cockburn Town, the narrow streets separate the small blocks, and British-Bermudian Colonial architecture sets the atmosphere.

North Creek, a central sheltered lagoon, once has an open channel to the ocean suitable for vessels and interior docks that were utilised for mooring. However, sand and sediment backfill over the last couple decades has closed the entrance off for all but the smallest boats. The tranquil Pillory Beach coast fronts North Creek to the west, and is home to small resorts and residences.

Salt crystals and the salinas at Hawkes Nest.

Unfortunately, Grand Turk’s limited size and more active historical past haven’t left much wilderness undisturbed. There are beautiful beaches and vistas across the island, however, if you’re looking for an immersive landscape, the southeast side near Hawkes Nest and Matersons Point, and the marshland at North Wells are the sole choices. Both regions are quite scenic.

Several varying terrains are found between Matersons Point and Hawkes Nest Salina, including mangrove-lined ponds and channels, coastal dune bluffs, and dry brush land. Field walls from the forgotten Hawkes Nest Plantation, a site that raised sisal during the Victorian era, can still be seen.

The wetlands of North Creek support interesting and salt resistant plant life. For much of the year (or years if there isn’t a passing tropical depression or heavy rains), ocean water accumulates in many wetland areas, and as evaporation occurs, salinity levels increase. Only limited types of vegetation can thrive is such a harsh environment. 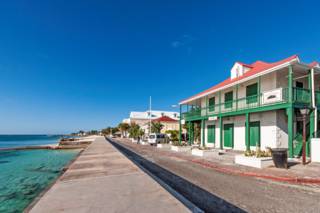 Cockburn Town
Found off the central west coast on the island of Grand Turk, Cockburn Town is the oldest still established settlement in the country and the capital of the Turks and Caicos. Many old British-Bermudian colonial architecture buildings are still in use today.
Learn More 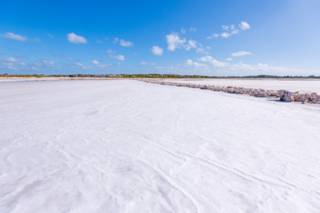 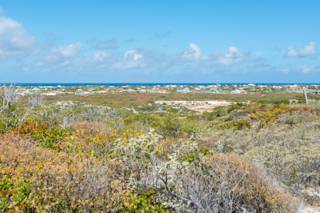 Matersons Point
One of the more secluded regions on Grand Turk, the high ground of Matersons Point offers great views over much of the island. What little development there is here is largely residential.
Learn More 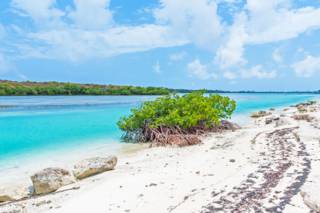 North Creek
North Creek is a nearly land locked lagoon found on the northern half of Grand Turk. A small inlet on the north end of the island connects this body of water to the ocean.
Learn More 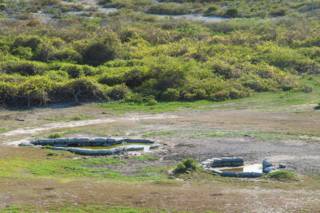 North Wells
This region is found on the northeast of Grand Turk. Largely unpopulated, much of the ground here is low elevation and swampy. Feral donkeys and cattle can often be seen in the area.
Learn More 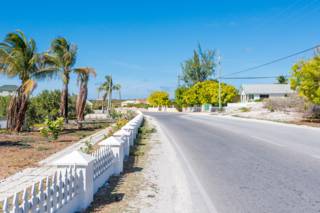 Over Back
This residential region is located north of Cockburn Town. Along with private homes, several small shops and restaurants and the island’s only hospital is found here as well.
Learn More 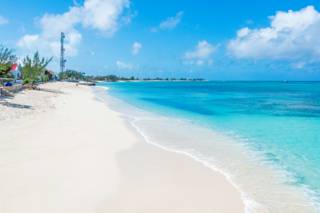 Columbus Landfall National Park
This protected area includes all of the beaches and barrier reef on the west side of Grand Turk.
Learn More
Close Search
What in the Turks and Caicos are you looking for?
Type your search terms and pause for instant results.